Well, Mikel Arteta certainly had his critics in recent weeks following a poor display against Liverpool. So, at his press conference, where he said that he was sure Arsenal could progress away to Slavia Prague, with an away goal already against the Gunners, some had doubts.

Those doubts intensified when Aubameyang announced that he has Malaria, and is currently in hospital. Despite this, Arsenal secured their berth in the next round with an emphatic victory against a team that had a good record against local UK teams.

Arsenal needed to start on the front foot...and that is exactly what they did. A fine goal by Smith Rowe was ruled offside, when half of his foot crept past the last defender. It could have been that this setback demoralised the Gunners, but would it?
The local London team refused to let their heads drop, and this character was rewarded shortly after. Pepe, whose form has ticked up markedly under Arteta, capped off a fine move by dinking home to give Arsenal an away goal to match that recorded by Prague in the last round.
Now, with their tails up, Arsenal pressed home the advantage when Lacazette slotted home a penalty only 3 minutes later. Saka, who is often Arsenal's standout player, further compounded the superiority by shooting, and scoring at the near post...again around 3 minutes later.
One of the complaints Mikel Arteta has had is that Arsenal need to manage the game better, and this time they did as they maintained control for the rest of the half.

Of course, Slavia Prague faced an all or nothing tie. So, it was no surprise that they came out trying to claw their way back into the game. However, Arsenal, who would sometimes have folded under previous managers, kept excellent control the game. 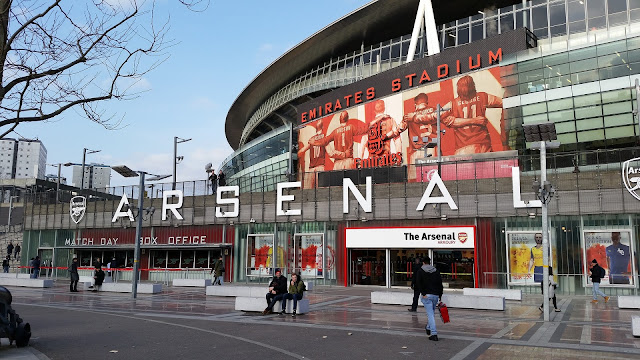 And, with Prague needing to score, a further opportunity opened up for Arsenal to score. And this they did when Lacazette scored for the second time, for a second game, in the 77th minute.
This is how the game finished, an emphatic victory. However, Arsenal played two different games..for the first half the pressing, attacking game that top teams show. For the second half, Arsenal showed the type of control that top teams must also have in the armoury.

Arsenal face a tough opponent in the next round, Villareal. This game will be tough for the Gunners not simply because of the opponents run in the competition, but also because the opponents are managed by Unai Emery..former Arsenal manager.
Emery will know Arsenal's strengths and weaknesses more than most. But, crucially, Emery was able to achieve the kind of control that Arteta has engendered in the team. One thing though, that Emery has and Arteta hasn't, is a record of fine runs in the Europa League.
All in all, the next tie promises to be awesome!
Labels: 15 April 2021 Arsenal FC Europa League Slavia Prague