Sydney Floods - How Much Rain Was There?

Sydney is, by all definitions, an extreme climate zone. Bordered to the North and West by semi-arid land, and to the East by warm tropical currents, the mixing of air masses seems to be a perennial struggle between wet and dry.

Because of this, Sydney experiences both floods and droughts in equal measure. For instance, last February, Sydney had 400mm of rain in a couple of days. This year, a similar amount, 403.8mm has been recorded to date in the month of March 2021. 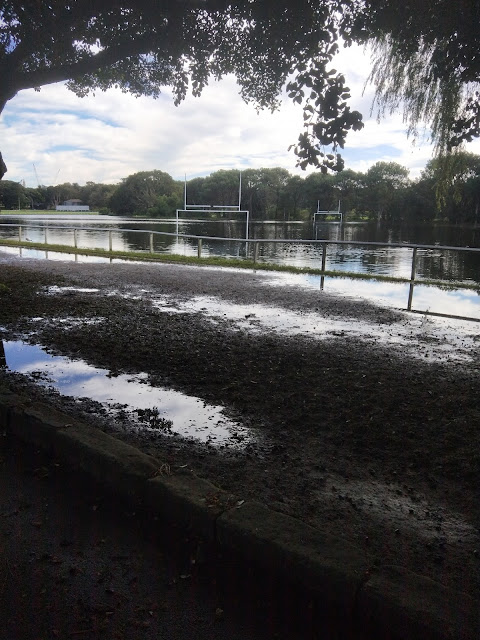 To put that into perspective, London has around 500-600mm per year, so Sydney has had around 80% of London's annual rainfall in a few short weeks, quite a torrential amount.
We covered this item in more detail in our London business directory blog. However, this is a news item that has made headlines all over the world. Although Sydney itself was spared the worst of the floods, you can see from the image above that areas such as Centennial Park in the inner city, were also under water.

Is There More To Come?

March is, on average, the second wettest month of the year. The reason for this is that when the easterly trade winds consistently blow on to the coast, they carry vast amounts of water from the Pacific Ocean and Tasman Sea. The result of this is that, because of the consistency of the wind direction, heavy rains eventuate more often than not. As a Sydney window cleaner, my local knowledge would always tell me that this is not going to be the most consistent month for outdoor work.
So, it is no surprise that more showers are forecast. However, they are very unlikely to approach the massive amounts that we have already seen this month. In fact, weather patterns show that the prevailing window direction will change from East to West(where they remain for most of the cooler season) very soon.
That being said, June is actually the wettest month of the year on average, why? There is a peculiar weather phenomenon in Sydney known as the East Coast Low. This is where a low cell drifts between Australia and New Zealand. On the lower side of the low, easterly winds return, with all their moisture, and pound the New South Wales coast.
So, whilst it is true that June is not usually a month for easterly winds, the East Coast Low, or Tasman Low, temporarily restores that wind flow direction, massively increasing rain for the Sydney area.

Is Climate Change To Blame?

It cannot be fully attributed to climate change for this month's extreme weather. Climate change tends to intensify existing weather patterns, not necessarily to turn them on their head. Sydney has always been a city of droughts and floods..and this year is no different. So, without climate change, would this event have been less serious...possibly, but it may well have still happened.
One thing is for sure, if you like variety in your weather, try Sydney! You won't likely be bored anytime soon!