What Is Rare About The Ford Sierra?

Ford has always mass produced cars that have been familiar sites on roads throughout the World. The Sierra is no different. Reportedly, the total production between 1982 and 1993 is 3,470,524. This probably means that if you bought into Ford advertising in this period, that you may well have owned one!

As with all mass produced cars, they tend to not keep up with the latest innovations, especially, when the latest 'new' release can trumpet these.So, it is no surprise that by 2005, there were only 67,817 left. However, in recent years the rate of disappearance from British roads has accelerated, such that the latest figures indicate that well under 2425 remain taxed for use on British Roads.

Whilst the Sierra may not be a 'classic car' in the full sense of the term, it's scarcity will surely increase it's collectors value..and all the more so as the numbers continue to fall. 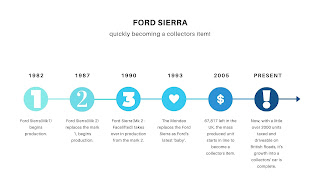 As you can imagine, mass produced cars such as this were not especially coveted by the upper tiers of society, however, one UK celebrity figure certainly valued their ownership...if only for a while!

Former Labour leader Neil Kinnock allegedly purchased one of the first few Sierras manufactured. This was just before becoming Labour leader in 1983. However, the July 14,1983 Glasgow Herald reported that Mr Kinnock crashed his Sierra on the M4 in Berkshire. One thing is for sure, the seatbelts must have been well designed in the Sierra, since Mr Kinnock attributed that wearing this saved his life.

Whilst the Sierra had competitors internationally, the Sierra was targeted in the UK to compete with the Vauxhall Cavalier(1981 onwards). However, despite the Cavalier being front-wheel drive, the Sierra retained the rear-wheel drive feature. In years to come, the Sierra also had, in addition to the Cavalier, the Rover Montego, the Peugeot 405, the Renault 21, and the Nissan Bluebird to contend with.

Where To Buy A Ford Sierra Today?

Whilst you may want to check with your UK mechanic prior to purchasing an ageing Sierra, the cars can still be readily purchased. At time of writing, Ebay.co.uk has 28 listed on it's site, ranging from £1900 to over
£50,000!. In addition, autotrader.co.uk has 4 used models, with prices ranging from
£9,995 to
£69,950

For me, the Ford Sierra is not top of my list for cars to collect. However, what was once the epitomy of functionality, has now become a trend of it's own. As the numbers continue to dwindle, we will likely see the price of those that remain continue to rise.

Despite that, it is unlikely that this rare British car will ever be seen in my garage! However, if you are a collector, or the Sierra evokes wonderful memories of bygone years, grabbing one now, before the prices do rise, may well be a worthwhile investment! 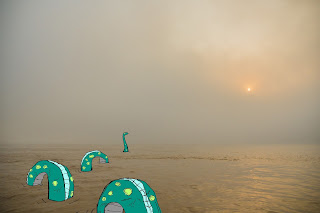